This is the Middle East??? 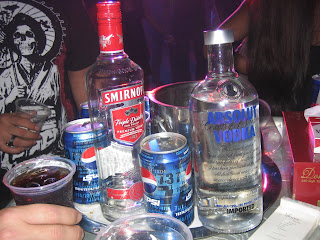 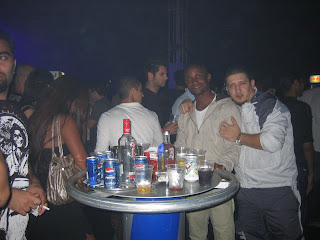 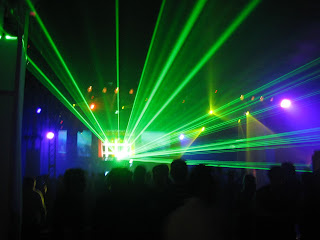 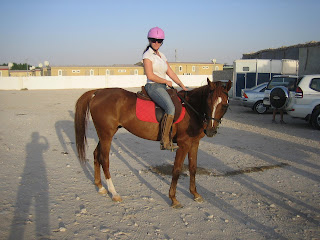 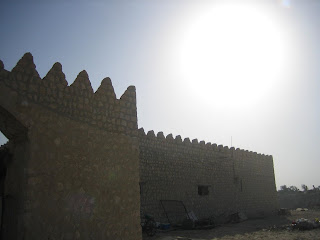 So, if anyone had told me a few months ago that Fri night I would be getting into a large SUV with my new friend Alan, a very, very large, intimidating looking British bloke, on our way to a Benny Benassi (very well known Italian DJ fellow) tent rave in the Middle East, singing Dolly Parton songs at the top of our lungs, I would have said they were out of their minds, or at least on some form of hulucongenic drug. For reasons, not the very least of which, are that I really don't like raves. The only reason I have ever gone to one is because Len likes the music. Personally, I don't get it... it all sounds like one very long, very annoying, synthesized noisey "song"....


But, lo and behold, that is exactly what I did fri. night. And I have to say...I loved every min of it. This guy actually has songs that sound different from one another... and the vibe was amazing!!! And all drug free. In this country there is zero and I mean zero tolerance of drugs. So, in a venue where there are usually tons of zoned out, stoned out and generally whacked out people, there were just a bunch of folk, from all over the globe, coming together to enjoy dance and sound and reverie. There was alcohol...and alot of it... but funnily enough, there were no fights, no drunk people throwing up in corners or bathrooms, no xrated displays....(but def some very skimpy clothes...and lots of touching and sensuality). No one getting hassled and no one getting tossed out. Tons of smiles, lots of fun, great music, and a very open environment to meet new people and make new friends. In fact there was a whole group that converged on Alan and I... shared their drinks and have kept in touch... go figure!


I have pics and vids for proof... even vid of the Dolly Parton sing along, but that will be in the next installment.

Now... let's see what lessons I have learned so far... I have learned that in my mid thirties I have lost some of my adventurousness. I find I have been keeping myself enclosed in a westerized bubble here in the Middle East and haven't yet felt comfortable enough to explore the culture. I am starting to learn a little about the customs and take in visually the way the people here live, but it's interesting. There are sooo many diffent ethnic cultures that create Qatar that I have a hard time figuring out what is culturally native and what has been tainted by all of the other ethnicities. Also, it's interesting, the varied customs among just the different Muslim sects from other cultures. The Qataries have a very specific style of dress... black for women, white for men. Some women cover their faces, some do not. Most cover their hair. That's what I've got so far. There are other Muslim nationalities here as well. The style of dress is different as well as the amount of coverage required. I'm interested in learning more about these differences and what they mean. Anyone have any knowledge??

I am hoping to really get more invested in the cultures outside of my westernized view... when I was younger, living in Nepal I coulnd't stand having to be kept with my fellow Americans... apart from the locals and would sneak off every chance I got to immerse myself in the culture, the smells and the diversity.
Here, I am finding myself a bit reluctant to let go of what I know to be comfortable and familiar...and it seems I am not the only one. As I have said before... it kinda feels like Long Island only beiger. Or anyplace, USA or Europe... We have all come in and created smaller versions of our lives at home that I really don't see much of what might have been an interesting culture, other than the museums and mosques.

Well, ok... off to jet skiing now... Oh... this moring I went with a lovely Aussie lady who took me to QAWS the local animal shelter, where I think I am going to volunteer a few hours a week after work. The have camels and donkeys and a BULL(he is soooo sweet... love to be scratched on the neck) and tons of dogs, cats and...er... hedgehogs... and one baby falcon.

I will have pics next time I go there. It is nice to see one of our western customs is taking hold here, in a land where there is no regard whatever for animals other than falcons and the Sheiks' horses. I know they need more funding so I'm thinking about starting up a drive... if anyone wants to help please let me know, thank you.

Posted by nikizcolorz at 1:17 PM