Well...I'm here!!!!Got in Sun night about midnight...The plane ride was easy...got alot of sleep, good leg room. But I remember feeling a sense of panic begin to build as I landed in Bahrain....I'm on a German aircraft with a German pilot speaking to me in both German and Arabic... neither of which are terribly beautiful languages to the ear.....(no offense)
and I thought...WHAT THE F@$#%&^K AM I DOING????
Then, we land...off the plane I go... and I see a sea of.... indians???? yup... it was like being in little nepal...or some parts of Brooklyn...lol
my hosts are no where to be found and the panic builds again...and then running through the doors of the airport comes Hillary.....looking like she felt terrible that I was standing there about to cry.....
Sweetest people I have ever met in Doha...(ok, so they were the first people I ever met in Doha, but they are sweet non the less...)
In the car, off to my new abode... very nice abode I might add. It is a villa, which here means basically big house, which he has renovated to accomodate a few apts. Mine is the downstairs. (see pics in post below) It's quite large and comfortable. I just need a few more pieces of furniture...oh wait, part of this was to downsize.... learn to live with less...(more on that in a later post)
The oddest feature about my apt is that the shower is in......the kitchen. It seems as the house was built with the shower upstairs, as most good houses are, and when this was sectioned off to be my apt, a shower was needed. Obviously. And the best place to put it was near the hot water source and that would be... in the kitchen. So, if you are visiting me, and want to eat a nice bfast, I suggest you eat in the living room...or you may be getting more than you bargained for when I step out of the shower getting ready for work...lol
In fact that's what I have to do now. Yesterday was my first day of work... hit the ground running.
Out of the airport into the car... to new apt..drop off bags, goto dinner and a local fast food shwarma joint,(but there is a DQ here as well as Fudruckers, McD's, Hardy's and Potatas, just to name a few of the crap food joints we have decided to grace the rest of the world with...) then to Rydges to the Aussie bar for a lungful of ciggy smoke and a beer then off to bed. Next day picked up and whisked to lunch at a french joint, then to the mall for some grocery shopping (carfours) and some essentials... all of a sudden it's midnight... home to bed... to roll around until 8 am...then up and off to work. First day of work I had 13 clients... it was 10 am then next thing I know it's 7pm...off to meet a Welsh lady about renting some horses for the year...( at $250 a month it's a deal!!!), to the souk for icecream and a walkabout...then bed.
And that, ladies and gents, has been the sum of my adventures thus far....
Today I have 14 people scheduled for work, and I am feeling a bit goggled by it.
I have an amazing assistant named Nasreen. She's from Lebanon. Has great hair and a fantastic attitude and is so incredibly helpful. My job here is to train her for her own chair and then get another assistant. Build the business, and basically dazzle the clients.
Fingers crossed I can accomplish that last bit... if yesterday was any indication of how working here is going to be, I can say that I will be the busiest that I have been in my life...it seems they are in desparate need of some good hair dressing here... and at Glow, between myself, Hillary and Nesreen...I think they will find what they are looking for.
Ok, off to work.
Next installment I will be asking the question....."Are the lights here that ominus, creepy yellow color on pupose, or is it just the dust"
Posted by nikizcolorz at 8:49 AM 1 comment:

I'm leaving on a jet plane

Ok guys...here it is... a few hours until I head off for the great unknown. Very strange day today. I'm spending it with two of the most beloved people in my life. I feel like I should be more freaked out than I am... but then again I feel like I'm just sort of numb. I don't know how I am going to be once I get to the airport, say goodbye to Len and Karen and sit at the gate....alone.
I have made a point of not being alone much these past few weeks... between going home to Az, going to Ohio...my car is an official Ohio resident now, by the way... and basically seeing everyone I can for the goodbyes... as often as I can...lol
I have packed with the intention of being gone at least a year, maybe longer.. .but yet I have only two suitcases and a carry on. Feels strange that I once had so much stuff, and thought that I needed all of that stuff to get by and can now safely say that with my two 80lb pieces of luggage, I have wayyyy too much stuff... lol
I have cleaned house, cleaned my emotional closest, and am looking forward to what this new opening can offer me. I only hope that I can learn whatever it is I'm supposed to learn from this new adventure. And I hope that those of you reading this blog will learn something as well.
I have a new phone number .... it is 011 974 687 0376
you can still call the old number, but it wont ring through. I am going to use the old number as an answering machine and will pick up the messages every few days. Also don't forget the SKYPE... I am nikizcolorz on SKYPE. It's so easy to use, even Karen has it on her computer....
lololol

I land Sun night at 10pm their time which is about 2 in the afternoon here. I will update this blog on Mon...and I start work on Tue.
Thank you again for all of your support, friendship and love.
Posted by nikizcolorz at 10:36 PM 3 comments: 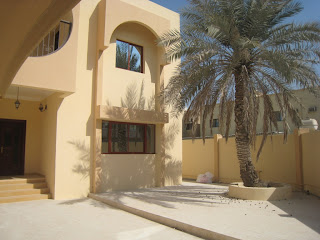 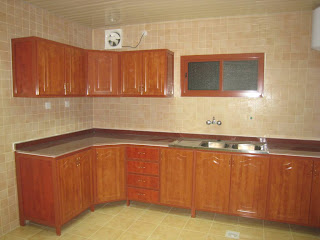 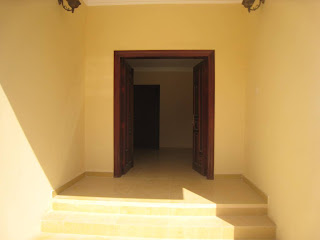 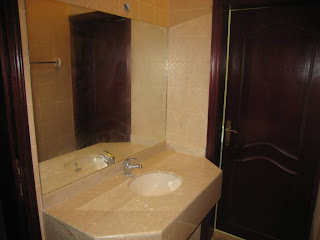 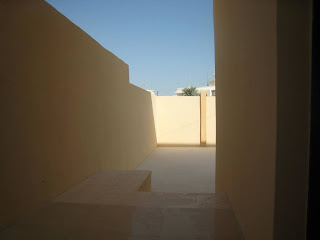 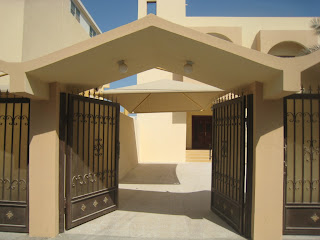 that's it... sounds very foreign and strange.. but as of next sun that is going to be my new address.

I just got back from Az seeing my family, introducing Len to my mom and my sister's kids and a few friends.

I have pics of the trip and will add them when I get them on the computer.

Don't have much to say other than tomorrow morning early I am driving to Ohio to drop off the car and back in NY by wed... then off to Doha Sat.

I'm attaching pics of the new home...I hope you can all come and visit.

Posted by nikizcolorz at 6:19 AM No comments:

ok ok... I know I said I would have pics posted, but, I am in Az and don't have the computer with the pics on it with me... I'll get it done, I promise.
So, I'm in Az to visit with the family..and Len has come with me. I really am glad that he is finally getting a chance to share my life with me... only took 7 years... lol
It's strange being here now. Knowing that after next week I won't really know when I am coming home again. Could be a month, a year, three... who knows. I don't know if the reality of the not knowing has hit me yet. All I know is that I am trying, every day, to appreciate everyone in my life.
I think, no matter what, even if I turn right around and get back on a plane for home after two days, this decision is going to be a good one for who I am hoping to be. Who I am but haven't discovered yet.
And I hope to bring you all along with me for the ride.
Ok... enough for now. Gotta go back outside into the sun with Len.
By the way...any thoughts on the new president? On the election? Surprised?
My only thoughts about it at the moment is... how is this going to affect my quality of life in the area I am choosing to move to.
Posted by nikizcolorz at 1:26 AM No comments: