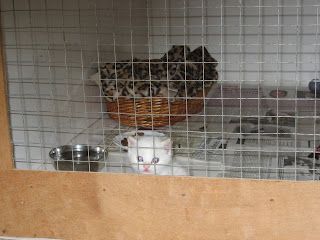 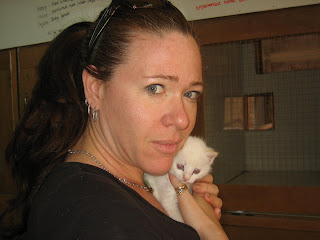 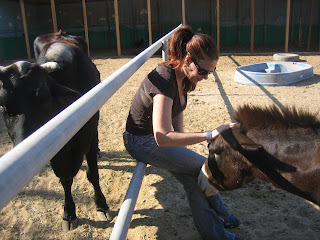 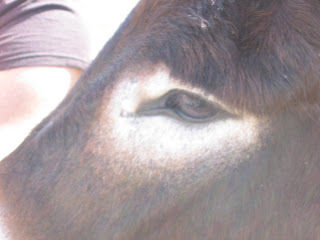 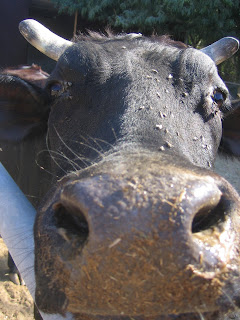 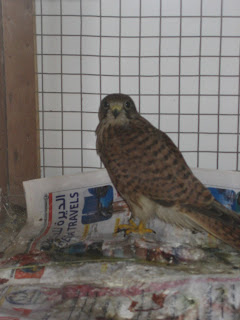 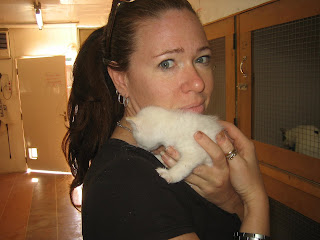 These are pics from QAWS the animal shelter here in Qatar. It is an interesting thing to have a shelter here as the local population doesn't really have the same outlook on animals as we in the western cultures do. To say they don't like dogs is a gross understatement. Most are terrified of dogs and feel that they are dirty creatures and use them for target practice. Cats are tolerated outside as they help rid the area of rats. Horses... they have the highest importance here as far as animals go. Other than that, you don't find many local people caring about the treatment of animals.


So QAWS was born... from the need seen by a few westerners. I don't know the whole history of the place, but I do know that I am happy it's here and hope to be able to help out there as soon as I can get the guts up to try to drive there on my own.

There are so many dogs and cats there, as well as a kestrel bird and an Australian possum.


The people who run the shelter are hardworking and dedicated to helping every animal that comes through. Even Ferdinand the bull...has been given a second lease on life...he's such a friendly bull. He loves rubs and kisses...and follows you around like a puppy. They have a mule and a donkey that keep Ferd company. A host of geese and chickens and a few ducks.


Hillary found a baby kitten the other day, and we sent her to QAWS. (although, to be honest, i might just have to steal her back...) they named her Fairy at the shelter. I have some pics attached of some of the animals... next time I go I will see if I can take some pics of the wonderful people who help save the animals here.

The sad part is that most of these animals wouldn't be here if WE weren't here.. we meaning expats. We come and bring our animals with us and sometimes when we leave we can't take them back for one reason or another, or the animals we bring breed and now we have more animals than expats.

I had a great ride yesterday. They gave me a new horse... Little Thor... lol and that's just what he is. He is a gelding, who runs endurance races... and his main joy in ife seems to be figuring out ways to avoid doing what you want him to. He pushes boundaries and generally tries to be a little shit... so of course I fell in love immediately. I have video, but have to download it. I will show you guys when I get it.


I've been riding three or four times since I have been here and I already feel stronger. The ride yesterday was my best ride here yet.


Hopefully today I will be going to the beach. I'll take some pics from there. Have a great day.

hey niki!!!! looks like things are going phenomenally!!! and, wow!!! you are really taking advantage of all that this experience has to offer...SOOOOOO great! want to send you love and best wishes for the holiday and the new year!!
xoxo
sandy